As promised, here are the answers to the “first lines” challenge I posted last week. Click here if you’d like to try to guess some of the books before reading the answers below.

Last night I dreamt I went to Manderley again.

—The opening of Rebecca (1938) by Daphne du Maurier 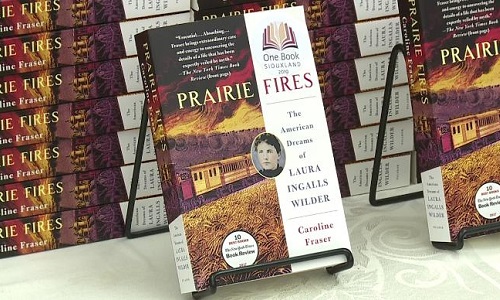 1. “Once upon a time … a little girl lived in the Big Woods”: the opening of the Little House series has the cadence of a fairy tale.
—Caroline Fraser, Prairie Fires: The American Dreams of Laura Ingalls Wilder (2017) [Pulitzer Prize for Biography]

3. It was a quiet morning, the town covered over with darkness and at ease in bed.
—Ray Bradbury, Dandelion Wine (1957)

6. The scent and smoke and sweat of a casino are nauseating at three in the morning.
—Ian Fleming, Casino Royale (1953)

7. The village of Holcomb stands on the high wheat plains of western Kansas, a lonesome area that other Kansans call “out there.”
—Truman Capote, In Cold Blood (1965)

8. Even in Los Angeles, where there is no shortage of remarkable hairdos, Harry Peak attracted attention.
—Susan Orlean, The Library Book (2018)

9. The studio was filled with the rich odour of roses, and when the light summer wind stirred amidst the trees of the garden, there came through the open door the heavy scent of the lilac, or the more delicate perfume of the pink-flowering thorn.
—Oscar Wilde, The Picture of Dorian Gray (1890)

10. I do not propose to add anything to what has already been written concerning the loss of the Lady Vain.
—H.G. Wells, The Island of Dr. Moreau (1896)

Holiday Bonus: The story had held us, round the fire, sufficiently breathless, but except the obvious remark that it was gruesome, as, on Christmas Eve in an old house, a strange tale should essentially be, I remember no comment uttered till somebody happened to note it as the only case he had met in which such a visitation had fallen on a child.
—Henry James, The Turn of the Screw (1898)

Double-Secret-Probation Bonus Round: This is the story of how a middle-aged spinster lost her mind, deserted her domestic gods in the city, took a furnished house for the summer out of town, and found herself involved in one of those mysterious crimes that keep our newspapers and detective agencies happy and prosperous.
—Mary Roberts Rinehart, The Circular Staircase (1908)

Congrats to Marina Sofia who guessed three of these correctly!