This year, I managed to hit my general reading goal of 60+ books. Once again, the book salon warred with the book challenge, and the salon won. I really didn’t do very well on The Great Unread challenge, although I made a valiant attempt in the final hours when a transcontinental Christmas flight with a two-hour fog delay tacked on the end allowed me to read big chunks of Giant and The Grapes of Wrath. Still many of the books were fairly short and I don’t feel the sense of accomplishment I did last year. I also haven’t been as good about immediately writing up reviews on Goodreads and that’s something I definitely want to be better about in 2012.

And now the awards!

Best Discovery: Josephine Tey (1896-1952), a Scottish mystery novelist. My love of royals and history would put her Daughter of Time at the top of my personal list, but I’d recommend starting with Brat Farrar. I love her language and the atmosphere she creates as well as how all of her mysteries are distinct from one another. If you like Agatha Christie or are an Anglophile in any way, you will like Tey.

The Book I Feel Everybody Should Read: Unbroken by Laura Hillenbrand. This true story is extraordinary in its depiction of both the barbarism and heroism of war. A gripping tale of one man’s journey from the heights of Olympic glory to the depths of a Japanese prisoner of war camp. Even if you think you don’t want to read more about World War II, you do, you really do. Hillenbrand is an amazing storyteller, deftly melding one man’s story with epic historical events. If you liked how she handled Seabiscuit, try this one out.

Longest: The Invisible Bridge by Julie Orringer (602 pages). I really enjoyed this book, despite taking forever to finish it. In fact, the story was so vivid that I could pick it up months later and continue reading where I left off without feeling like I had to go back and reread (which is extremely unusual for me). Obviously, I could totally relate to the main character’s student life in Paris, but, more importantly, I also learned a tremendous amount about life in Hungary before and during the war, something I previously knew nothing about. It is a bit long, but totally worth it. 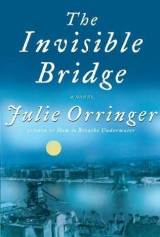 Biggest Accomplishment: Possession by A.S. Byatt. The start of this novel moves very slowly (mostly because the poetry bogs it down) and therefore it took multiple attempts over the years to get through it. However, when the mystery picks up, it becomes really thrilling and I couldn’t wait to see how it was going to be resolved. And, for once, I really liked the ending. I will definitely be keeping this one on the shelf so that I can go back and reread at some point knowing how the mystery unfolds.

Biggest Surprise: One Day by David Nicholls. When I first heard about this book while visiting friends in London, I misunderstood the premise, thinking it was about a couple who meet up on the same day every year (sort of an extended Before Sunrise, a movie that I hated). Instead, the structure of the book, glimpses into an ongoing relationship over time, really worked well. It gets a bit maudlin at the end, and the characters aren’t necessarily very sympathetic; however, that does add to the realism of it. Of course, for me, that also may have been helped by the fact that these characters graduate university about the same time I did.

The Book I Most Regret Reading: Paris, France by Gertrude Stein. Sorry, “there’s no there there.” I absolutely hated the style and attitude of this book. Completely pointless. Glad I got it off my shelves.

Favorite Young Adult Series: Matched by Ally Condie. The first volume, Matched, was a fun read with pretty good world-building, prompting an immediate re-read. As good as The Hunger Games? Not quite, but it has believably written characters and some promising loose ends to tie up as the series continues. I didn’t love the dual narrative of the second volume, Crossed, but agree that it made sense for the story told in that book. Similar to The Giver, but a more complete, realistic set-up with more relatable characters. This is tailor-made for Hollywood, so watch for it to be “coming soon” to a theater near you.

Most Useful Non-Fiction: The Creative Habit: Learn It and Use It for Life by Twyla Tharp. This book is fabulous. It is much more than a study about creativity because it focuses on the perspiration part of the process rather than the inspiration part. As Tharp says, “before you can think out of the box, you have to start with a box.” While it focuses on the arts (especially dance, musical composition, and writing), much of her discussion of discipline, organization, and habits could apply to the business world as well. There are lots of inspiring anecdotes and self-improvement exercises scattered throughout. Runner-up: Keep the Change: A Clueless Tipper’s Quest to Become the Guru of the Gratuity by Steve Dublanica.

Most Common Theme: World War II. I don’t know whether it was in the air or just on my radar, but a good chunk of my reading involved the war. In rough order of preference: the aforementioned Unbroken and The Invisible Bridge, Suite Française by Irène Némirovsky, Sarah’s Key by Tatiana de Rosnay, The Guernsey Literary and Potato Peel Pie Society by Annie Barrows and Mary Ann Shaffer, Skeletons at the Feast by Chris Bohjalian, Winter Garden by Kristin Hannah, Pictures at an Exhibition by Sara Houghteling, The Reader by Bernhard Schlink.

Most Disappointing: Fahrenheit 451 by Ray Bradbury. I was looking forward to reading this classic for our “Disturbing Dystopias” book salon, but was barely able to finish it—and it’s short! Given the concept, I should have liked this, but I absolutely hated the writing style and just couldn’t get past the fact that half the time I wasn’t sure what was going on or what Bradbury’s real message is. It didn’t help that he seems to be a bit of an ass in the epilogue. Runner-up: Revolution by Jennifer Donnelly.

Hardest to Finish: Any Human Heart (William Boyd). So hard that I still haven’t. (Actually I like what I read but it’s just one of those things. I’ll get back to it eventually—right after Wolf Hall.)

Favorite Audiobook: Treasure Island by Robert Louis Stevenson, read by B.J. Harrison of The Classic Tales podcast. Harrison reads a lot of adventure stories in his free short story podcast, so I bought a few full-length books for our “Classic Boys Adventures” book salon to support his work. He does a really good job with this one.

Special Mention: Two friends came out with young adult books this year and they deserve special mention for 1) being generally awesome, 2) writing beautifully, and 3) getting me out of my comfort zone. I probably wouldn’t have picked up a book about the supernatural on my own, or one in verse, but I highly recommend both Cold Kiss by Amy Garvey and Audition by Stasia Ward Kehoe for being incredibly relatable stories about the sacrifices and choices we have to make and live with in our teen years (and beyond).

What was your favorite book of the year? And, if you haven’t already voted, what should I read next year?